That’s As Far As It Goes

Follow @DanaKrook
Today I got a text from one of my best friends.

“Are you doing more for others than for yourself? According to the planets you are, so let those who are taking advantage of your generous nature know that’s as far as it goes. And mean it.” 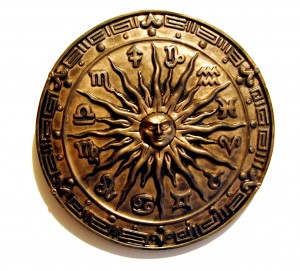 It was my horoscope for the day. She read it and thought it fit my situation like a perfect pair of new jeans. You know, when try on the way-too-expensive pants because, you think, they are never going to fit, so it doesn’t matter that you can’t ever afford them. Your VISA is already maxed. It’s just for fun. Something to pass the time. And then they slip on all buttery and perfect and make your butt look good and don’t pinch around the waist or bunch up at the ankles and they stretch in all the right places and make you feel like you could dance the ballet, even though you’ve had two left feet since you were six, but you pose in the mirror like you were performing at the barre and then give a little shake to the booty to add some pizazz and they even look good with the extra pizazz and they make you feel like the million dollar price tag attached to them…

And then you hold that tag in your hand. That stupid rectangle of reality that brings your heels back down to the ground. Your pointed toes are now flat as it sinks in. All the daydreaming of what you could do with those pants, what your life would be like with this prize lifting you through the streets, it drifts off in a cloud of smoke. All that’s left is the mirror. And that tag. You know it. You just know it.

You cannot afford these pants.

I cannot afford these pants.

I wrote this article the other week, which included quotations from Adam Grant, an organizational psychologist and university professor who wrote the book Give and Take. He talks about how the world is divided up into three types of people: Givers, Takers and Matchers.

But most people are Matchers. They give to others what they think they can reasonably expect to get back. We like to think we’re givers, but even Grant learned the hard way: that isn’t a title anyone can claim for themselves. It has to be—wait for it—given. And given freely.

Grant’s hypothesis, which is backed up by a ridiculous amount of studies, is that those who have the greatest amount of success (we’re not just talking smiles and rainbows here, but actual, measurable success by all three metrics—money, power and well-being/wisdom) are those who place an importance on giving.

But, there are some catches. Like you should be wary of giving to Takers. Proceed with caution. 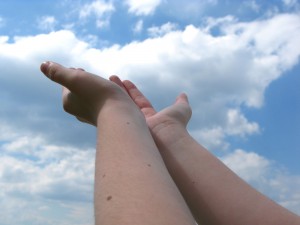 Like Grant, I aspire to be a giver. I hold the values of one. I want to see those around me succeed and be happy. I want to give selflessly of my time in order to help them do so. But I can’t slap the HELLO MY NAME IS GIVER name tag on my own jacket. I’ll have to earn it. A worthwhile life goal.

It’s not always obvious. In fact, most of the time it’s hidden deep below the surface. Why? Because the majority of the population sees themselves as Givers. No one is the villain in their own story. That’s why we keep rewriting fairy tales, telling the other side, like Sleeping Beauty transformed into the film Maleficent.

But Takers aren’t pretend. They aren’t imaginary creatures, or even from an era of Once Upon a Time. They are real. And everywhere. Giving to Takers removes your potential of giving to those who will do more, spread the love/wealth/learning/wisdom to others who need it. And, these Takers will continue to pull from you until you realize, often too late, that there’s nothing left. Break down. Burn out.

How do you do this? First by letting them know “that’s as far as it goes,” as today’s horoscope suggested for me. And you have to mean it. Then you start to give again, but somewhere else.

I know. I’m being vague. These pages are supposed to be a place to tell real stories that others can relate to. But very often, I cannot tell a story until I know its part in the bigger picture. The purpose. The lesson—for me and for those who can benefit from whatever wisdom manifests out of my mistakes. Life isn’t random to me.

So, this isn’t a story I can tell just yet. I don’t know how it ends.

I do know that it can be a hard pill to swallow, facing the reality of a Taker. One of those big, fat ones, with the shifting powder insider that always reminds me of “sands through the hourglass.” The medicine may take time. But, in the end, it’s the only cure.

Sometimes, you just have to walk away. Close the chapter.

This time, trust me. I mean it.