The Importance of Being Earnest Planners

I think the above qualifies as my least favourite quote of all time. Seriously. All time. I’ve said it before and I can say it again: I am a planner. When people spout useless phrases like this, it makes me think only one thing: what are you doing while you wait for life to “happen”? It makes me anxious just to think about it. All of the to-do lists you could’ve made in that time… 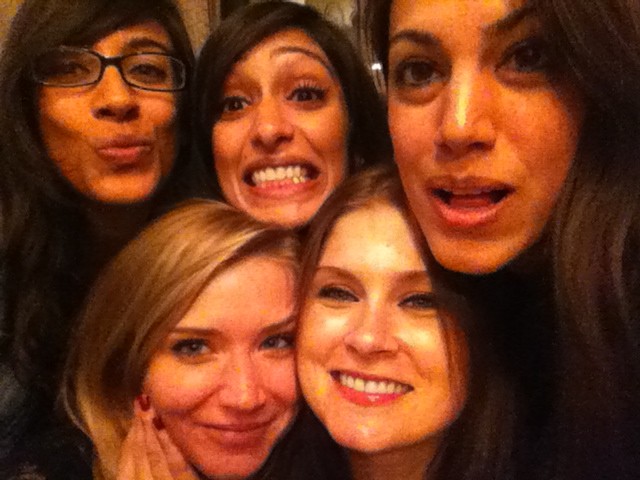 One of the manifestations of this planning personality is that, as an adult, I now belong to several clubs or groups. There’s Writing Group, which meets once a month to critique each other’s work as we muddle through novel creation; Nike Running Club happens every Wednesday with media-minded industry folk, even in the ridiculous cold/rain/sleet of this “spring” weather; newly-christened (Mostly) Board Game Night has claimed Friday nights as it’s proud podium of fun with a new patchwork of peeps; and, perhaps mostly famous, Wine Club, with my Ride or Die gals, which also meets once a month.

Wine Club night is special. Most of the guys in our life laugh at this, saying it’s our excuse to get together and get messy. Five girls. Five bottles of wine. You do the math. But there is way more to it than that.

For each Wine Club night, we pick a country or region and everyone is assigned a course. The host does the main, then there is an appetizer, two sides and a dessert. Each course must come paired with a wine. Members are expected to present (yep, formal presentation, because we’re grown-up nerds) their wine selection, as it applies to the food they have prepared. And…maybe there are also some inbetweenie bottles that get consumed as well (apparently we’re lushes as well).

All very classy. And structured. Right? 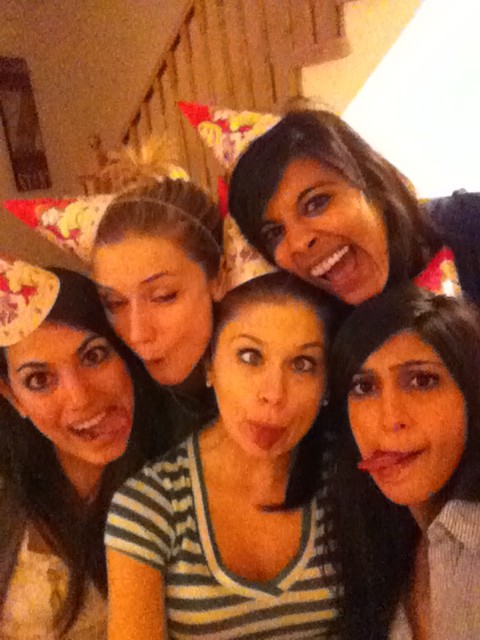 But Wine Club is about more than just amazing food, good wine and general tipsy behaviour. It is our solution to the problem of life. Gone are the days when we will spontaneously be all without plans and in the same city, in order to just randomly end up hanging out, like was normal in high school and university summers. My friends have blossomed into successful lawyers, doctors, teachers and financial professionals. And in that growth, they have all gathered together elements that make up their own gardens, creating more and more flora and fauna (I won’t call them weeds, because…eek, that’s not what I mean) that prevent us from basking in the sun and weathering the rains together.

Ugh, can I abandon the flower metaphor now? Must be the spring-time fever.

Short version: we have trouble getting everyone together in one room. And since they are the ingredients that make up my better half, when I don’t get to see them for months on end, it’s a real thorn in my side (sorry, had to). 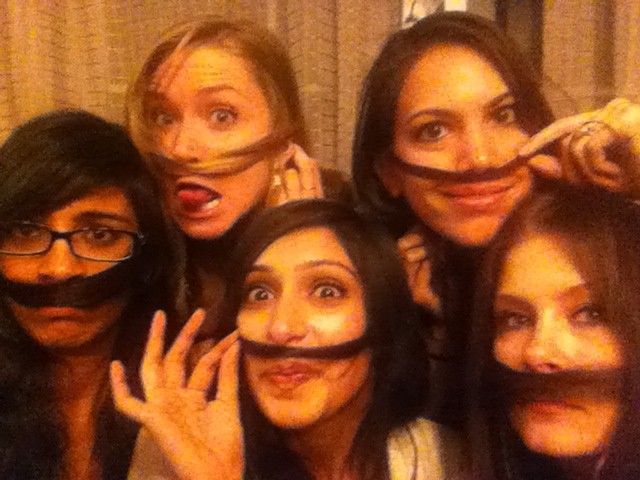 But, to ensure there are five in attendance, things must be carefully planned far in advance. So, we decided to start Wine Club.

(Of course, I’m not always the greatest planner. Case in point: when organizing my calendar for the weekend, I inadvertently said yes to having wine club on the night before my very first 10k race, which is, well, stupid. But, that experience is a story for another post.)

Because of my impending race the next day, at this latest Wine Club night, where our country of choice was Chile, I wasn’t able to drink (heavily). So, I took the time I would normally use exercising my bicep with wine glass lifting and instead captured all of the delicious food and wine that was spread out all around me.

I also promised to blog about it (ta da!).

But the extra time also allowed me to do some serious thinking on the topic of planning. Some see it as the death of spontaneity. But is it really?

I see carefully laid plans as the perfect way of communicating, through action, how much you care about someone, something, that you’re willing to carve out a considerable chunk, forsaking all other priorities, in order to make it happen. We live incredibly busy lives. All of us. So it means a lot.

Wine Club lasts at least five or six hours. But each of us spends a good amount of time researching, shopping, cooking, baking, putting extra thought into the ingredients that will ensure a fun night. And no, not because every minute of our time together is planned out. But the planning ensures we have a time and a space for the magic of those moments we will never forget.

Do I remember each dish that I agonized over choosing and then following the recipe, sometimes taking all day to prepare it? Hell yes. But I remember more the fits of laughter we shared over a bad tasting inbetweenie bottle; the endless jokes we made about Ali typing that she’d be bringing “warm crap dip” instead of “crab”; the time one of us passed out early and we made a game of “Spike Shazia” with leftover birthday balloons; the tearful conversations over stolen, late-night Nutella gelato.

Without planning, that spontaneity would have never happened.

And the nights we spend together, reunited as a fearless group of five (yes, Zubin, we’re not as tough as we imagine sometimes), they aren’t just about mindless fun. There is an ever-present process happening between the downing of fine wine and finer food. Friendship is a living, breathing entity that needs to grow. That wants to grow. Though we’ve been friends for at least a decade and a half (some of us more), we’re still getting to know each other, because that process is never-ending. And thankfully so.

Wine Club is our chance to catch up. To connect. To relay all the details of our lives–the good, the bad, the really ugly–and try to make sense of this crazy ride called life. It takes a village, you know.

Here are the players.

Tush brings heart to any matter, usually asking me to look deeper and figure out what I really want–which is useful advice, except perhaps too much thought when I’m just deciding what topping to add to my froyo. 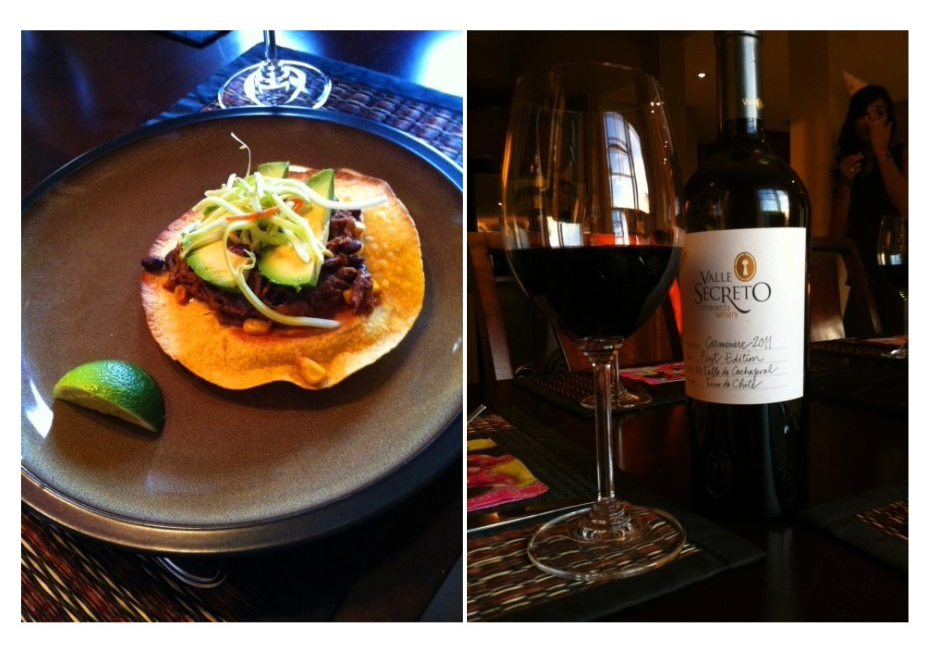 Modifications: I made the beef with ingredients from the first recipe above, but added brown sugar, and garlic powder to the actual spice rub. I also used a sirloin tip roast for the beef, and beef stock as the liquid, in addition to lime juice.

I roasted it for 4 hours at 275 degrees, then shredded it after letting it rest for 15 minutes. Then I made the sauce from the second recipe above.

Ali will usually bring up the closest Disney movie that matches my current life crisis. Kidding. Really. I’m actually surprised she’s never done that, since she’s been to Disney World more times than I’ve been to the dentist… Anyway, in reality, Ali often presents me with two clear-cut options: the polite route and the take-no-prisoners route, then plays Switzerland. I’m sure she secretly roots for one option, but she never tells me which. 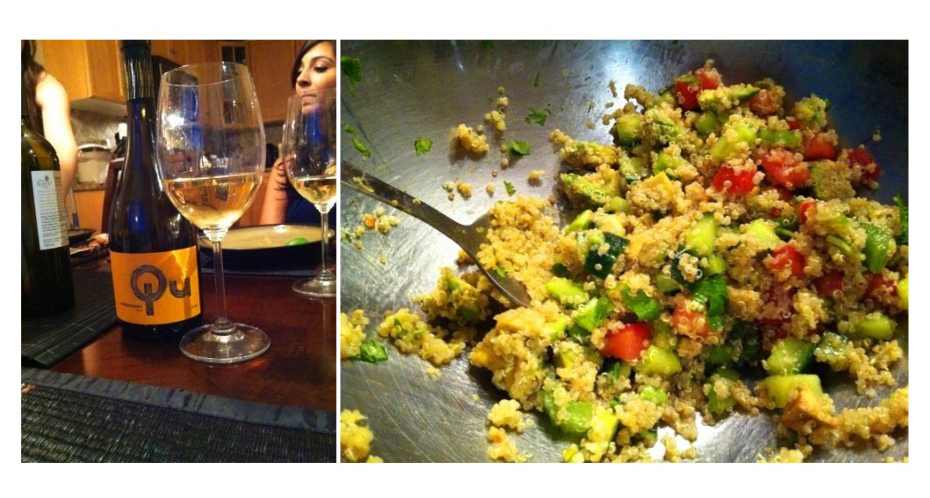 I guess it’s my turn here. How can I evaluate the way I give myself life advice? I’m sure I do. It’s the internal battle that keeps raging on in my head every day, as I shuffle my steps between boringly normal and absurdly crazy. But I’m going to take a pass on the self analysis. For now. 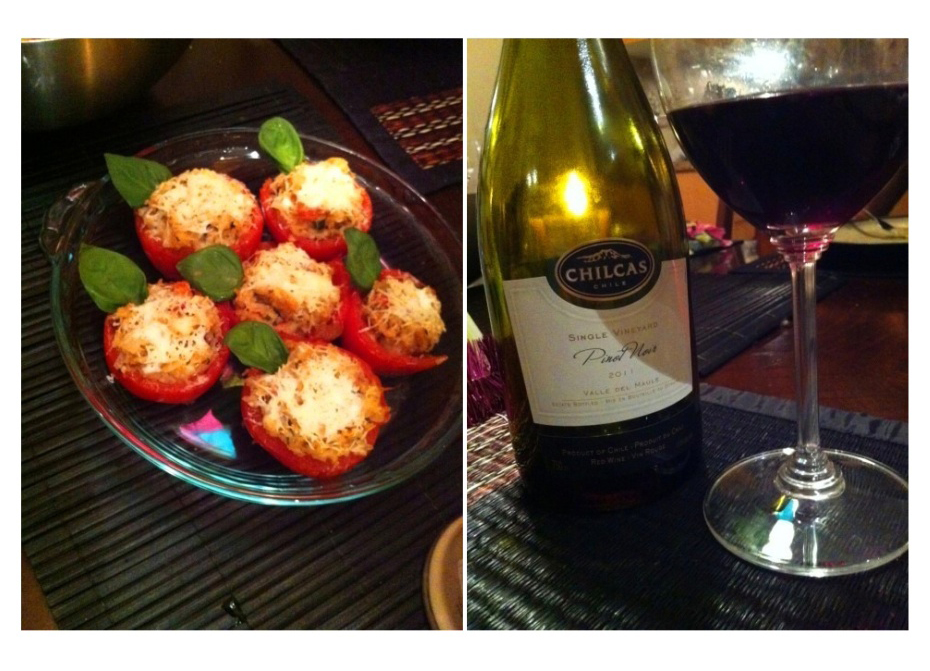 Modifications: I substituted brown rice because I like it better (and it’s healthier), then garnished with fresh basil, to give it some colour.

Becca is the rational one, walking me through the pros and the cons of a situation until the solution is so clear I want to jump in it like a kiddie pool. 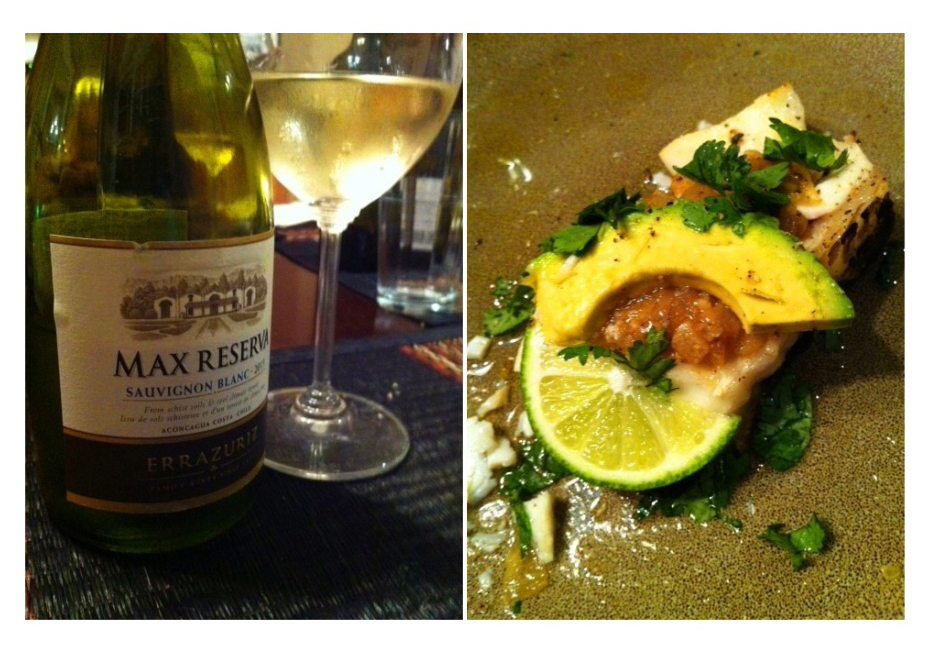 Modifications: I doubled the amount of everything in the sauce, and reduced it for almost 20 minutes to get all the onions really caramelized and the sauce nice and thick.  I used a little less lime than called for and then served the fish with a slice of fresh lime so people could add more citrus to their taste.  I used a good Chilean white wine (I think the one Ali brought–I’ll be honest, I tossed a bunch in from my glass) in the sauce in place of white wine vinegar (because real wine is always better right?!)  I used much more garlic than called for in both the sauce and marinade, because garlic = yum in my opinion.

Shaz will give it to me straight, her advice coming out in a blunt way that usually gives me a good chuckle, no matter how dark my mood. Most likely she’ll just tell me to sue (which sometimes she’s serious about). 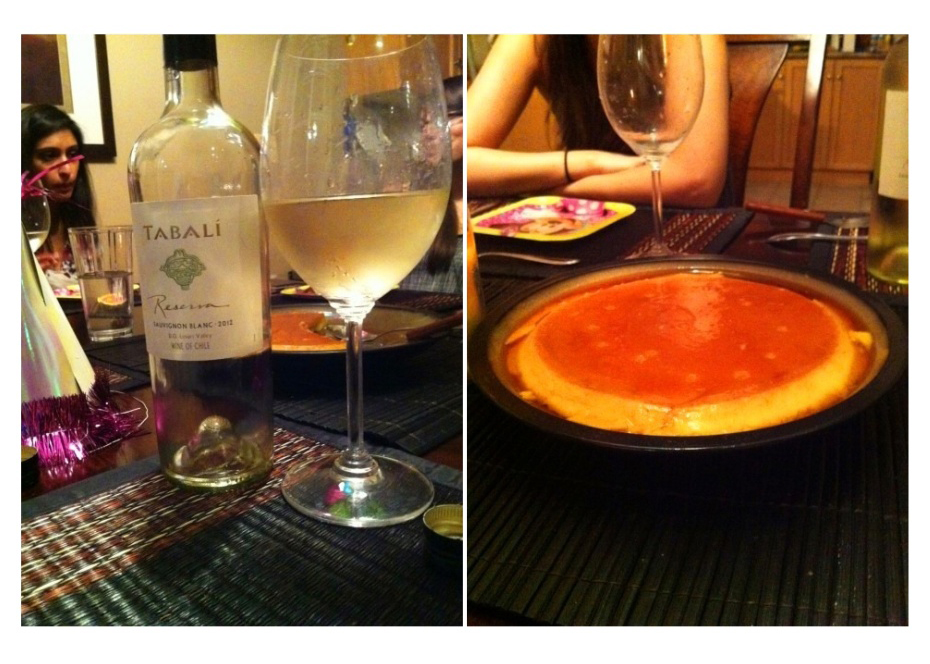 Modifications: You can use any can of sweetened condensed milk–it doesn’t have to be Eagle Brand. Watch the sugar carefully as it can burn very quickly.

I might be biased, but I believe my village is the very best. Because the quote should really read, “Friendship is what happens when you’re not too busy to make plans.”

Or something to do with flowers…