Weird to a Fault In Our Stars 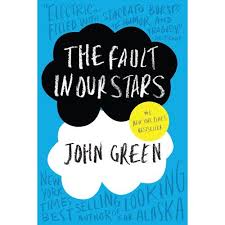 John Green’s A Fault in Our Stars has been on my reading list for awhile. I don’t often get to explore books of my own volition, as most often my pile of material consists solely of YA novels the publicists so nicely ship out for review. The pile grows and grows and I never really reach the end of it.

However, while I was passing some time in between one appointment and another downtown the other week, I stopped in at Indigo, which is the best and worst place on earth. The best, obviously, because that’s where all of the books live and I can roam through those shelves for hours, both fascinated by the thousands of titles and by the idea that one day, if I eat my writer’s spinach like I should, I might be amongst them (I have, more than once, narrowed in on the K shelf and found exactly where such a work might be housed, if I have my way). The worst, even more obviously, because the store tends to eat my funds at a rate more rapid than the government. Hungry, hungry.

So, while killing some time, I dared to roam the shelves for a bit before heading to the counter with a few items. One of those was John Green’s fifth novel, which is about a 16-year-old cancer patient named Hazel, who has been living with a terminal diagnosis for most of her life. Her parents force her to go to a support group, afraid she is becoming too isolated with her solo reading and watching of America’s Next Top Model reruns. So, she goes. Begrudgingly. And there, she meets Augustus Waters, a former high school basketball star who lost his leg to osteosarcoma, but is in remission. Even though she resists, her whole look on life, and dying, gets turned upside down.

As you might be able to tell, based on the synopsis, this book made me cry. No, not cry. Bawl. Loudly. And made my boyfriend wonder if I might be emotionally unstable.

Now, I am an avid reader, like I said before, so I come across books all the time that make me cry. But this one was different.

John Green has created characters whose bodies are betraying them. They are literally death-creating machines, if you will. But the characters, however full of death, are more alive than those who will survive them. The banter of Hazel and Augustus, as their relationship develops, is witty and wonderful, and not at all typical of what most authors insert as “teen lingo.” While reading the book, I found myself flipping very quickly between laughing hysterically (out loud) and crying hysterically (even more out loud). And sometimes even doing both at once (a talent, I know).

When I write dialogue, a lot of people who read it tell me that it’s not believable. That teens don’t talk like that. That they would never express themselves with long-winded phrases like, “You have every right in the universe to be feeling a whole whack of mixed emotions right now—the entire Crayola Crayon super-pack of feelings. The big one too, that comes with a sharpener.” That they don’t know about literary references, or selfless acts or facts of life we consider “adult.” It’s unnatural. Who talks like that?

Answer: I do. Question: In high school, though? Answer: No. I started younger. In elementary school, I told everyone my pet peeve was “egotistical people.” The cool kids in middle school used to ask me to write “big words,” ones they wouldn’t understand, in the back of their yearbooks. People used to stare blankly as my best friend and I (we dubbed ourselves “Mischief Makers” based on our roles in a play inspired by Anton Chekov’s short stories) bantered back and forth in high school, pondering life’s great questions (like we had to abide by the rules of correct card opening; see picture below) and the last episode of Buffy The Vampire Slayer (if you don’t think that show references literature and tackles the issues that matter, with a little blood-sucking on the side, then it’s time to take another look; Joss Whedon is a genius). 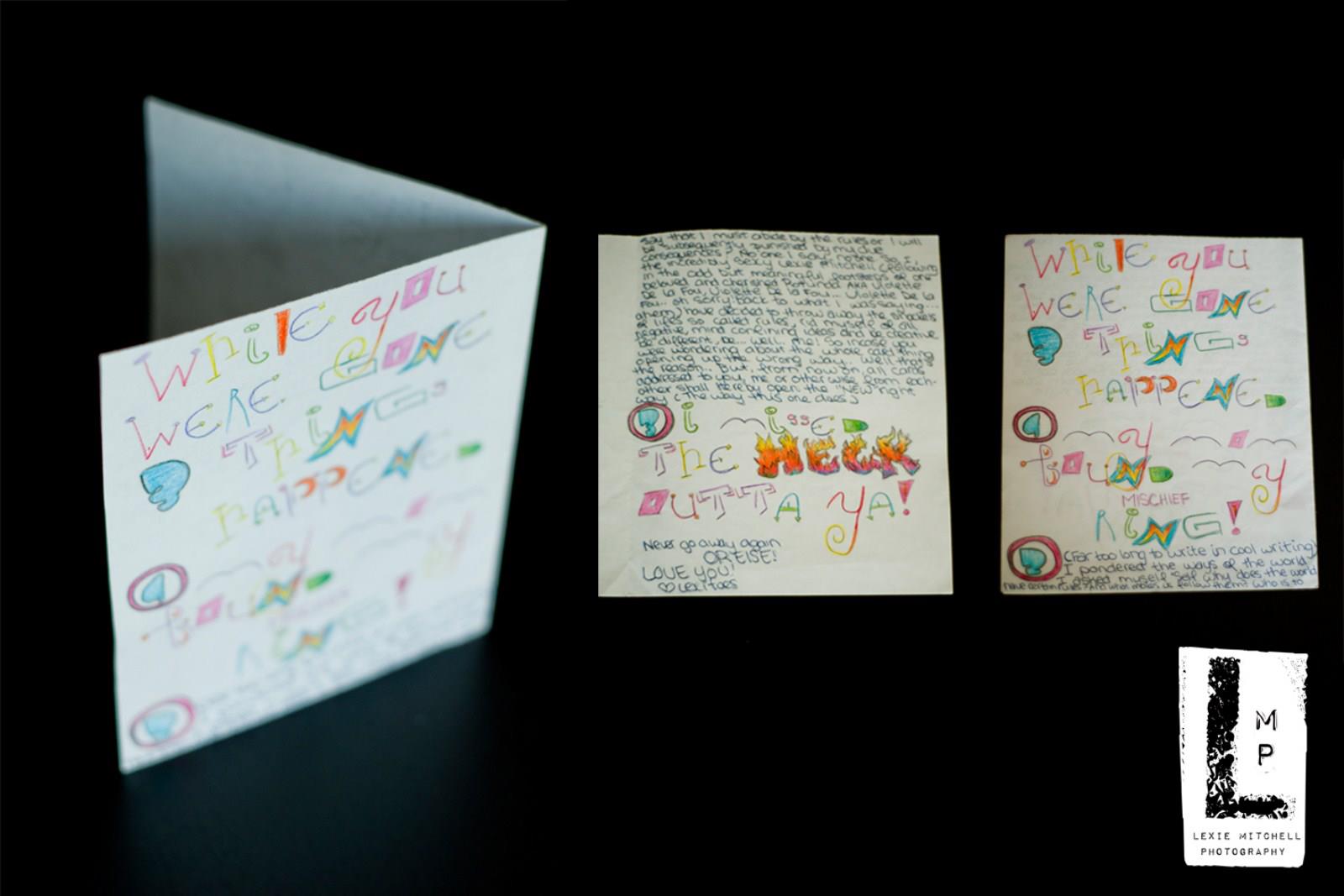 Their look of disbelief at my claim of oddly intelligent teen speech habits is somewhat insulting. For two reasons. One, being that I work with teens on a regular basis, so I know how witty/clever/profound they can be, perhaps when no one’s looking. Young adults are the most fascinating people on the planet; they walk around all full of energy and life-changing moments. They might know more about what’s real than we do, later on in our years. And, they can eat McDonald’s fries and not get fat. Mind. Boggling.

The second reason it’s insulting is because it makes me feel like my plate of life comes with a heaping side of weird. Sprinkled with the sauce of lets-avoid-her. Fine. I’ll accept it. I can’t write about normal people, because I’m not one of them. Does that make you happy?

But, I digress. Not that I put my self on par with John Green in any way (all hail someone who can control my emotions like a puppet master), but reading his work, where Hazel and Gus casually reference Samuel Beckett, Julius Caesar, “The Red Wheelbarrow” and the quest to leave a mark on the world before they depart prematurely, calmed my soul and lit me on fire. There ARE people out there, who share my weird streak and enjoy banter that takes on a form so opposite to polite dinner conversation that it’s like a different language entirely. And some of those people are writers. Great writers.

Soul, you can rest. There’s the calm. Here’s the fire. Now get to work finishing this book!

2 thoughts on “Weird to a Fault In Our Stars”