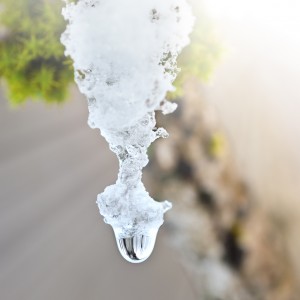 Yesterday was the beginning of spring. The first day of the spring equinox, when the sun crosses over Earth’s equator and the northern parts of the world dream of warmer weather.

So, I’ll be the first to say it. Yesterday was bloody cold. When I stepped outside to head to my 8am NTC workout at Academy of Lions, still wrapped up tightly in my winter parka, the wind whipped around me, stinging my face and making me cringe. I refused to pull out my mittens and hat, on principle, but shoved my hands deep into my pockets and flipped my hood up for protection. Safely at my desk after the class, I turned up the heat so I could work and snuggled into a long-sleeved shirt. And a sweater. And some wool slippers. When I went out later in the evening for an event, I again fought  the wind, who had this time brought his friend snow along for the ride, trying my hardest not to be blown over.

Can I pretend that the seemingly here-to-stay winter wind was instead the first glimpse of a spring breeze, still cool but holding the promise of better days to come?

Beginnings are hard. Even with the seasons, the first days of something new aren’t easy. In fact, they can seem downright impossible.

I’ve been focusing on the idea of beginnings for the past few months, as I start this next chapter of my life at the corner of the streets aptly named Shaw and Shank (redemption, anyone?). A lot of false starts, a lot of missteps, a lot of finding my footing (and, funny enough, trying to find a place for all of my shoes despite the plethora of closets–I may have a problem).

With writing, that ominous blank page is a beginning I know all too well. The cursor blinks mockingly at you, daring you to type something but all the while shouting at you that what you’re thinking about writing isn’t good enough. You aren’t good enough. There’s so much pressure to get it right, to find your stride, right from word/ground zero that those first few moments before your hands hit the keys contain enough nervous tension to kickstart a meltdown of nuclear proportions.

Is it just me?

Margaret Atwood wrote, in her novel Blind Assassin, that “Beginnings are sudden, but also insidious. They creep up on you sideways, they keep to the shadows, they lurk unrecognized. Then, later, they spring.”

Now, the vernal equinox (i.e. spring) is something we all see coming. If you have a calendar, you are aware–at least you should be–that March brings a new season to our hemisphere.

But there are certain beginnings we don’t get any warning about, like the ones Ms. Atwood so astutely describes. The sudden loss of a job means you must start the search all over again. A betrayal brings heartbreak and pain into your relationship, forcing you to part ways and go it solo. An unexpected illness strikes hard and fast, making you change gears and lock into survival mode.

All of the above didn’t really come from nowhere. Their point of origin may not have been recognized and labelled as such, but the true beginning was probably slow and subtle. You didn’t notice. That paycheque was a day late. A strange photo appeared on his desktop. One cell deep inside your body mutated ever so slightly.

These small changes signified the end of one thing–normal life as you knew it–but also the beginning of something else. The job hunt. The single life. The battle with cancer. Each one comes with its own hiker’s backpack of new expectations, realities and hardships. It’s heavy and hard to carry. At first.

So, here we go from vague ideas to personal stories. Let’s call it “Get Real Time.”

My mom was diagnosed with lymphoma, a type of blood cancer, back in February, not too long after my return from Peru. I was just getting settled into my new life as she was being told of her new beginning: chemotherapy. Six sessions, once every three weeks, along with countless doctor’s appointments, blood tests and bone marrow samplings. The path was laid out clearly for her by a team of medical professionals who seem to have thought of everything. But that didn’t make it easy.

Like me, my mom is a planner. If there’s a problem, fine, as long as we can be pointed in the direction of a solution–however long term–just let us know which way to go and we’ll start walking.

I’m not a huge believer in the Zodiac signs (mostly because Mom told me stay away from horoscopes as a child), but I’ve been intrigued lately to find that the stars have some interesting insight. Capricorns, my sign, are the work horses. “Life is one big project for these folks, and they adapt to this by adopting a businesslike approach to most everything they do,” according to www.astrology.com. Yep, that’s me.

My mom is a Sagittarius, which I find closely related to the Capricorn in the sense that both are focused on the end goal. “Sagittarians are truth-seekers, and the best way for them to do this is to hit the road, talk to others and get some answers,” says the same website.

She’s currently rolling her eyes as she’s reading this post, I know it. Possibly clucking her tongue in disapproval at my dalliance with what’s written in the stars. Mom, I promise you I’m going somewhere with this.

The problem with being a ferocious planner is that, especially in the beginning, you’ve barely got your feet on the ground, let alone able to discern what direction to head. You simply cannot plan. Like trying to find North when you’re being spun in circles. Pin the tail on the where-did-the-donkey-go-I-want-off-this-ride-now. You can do all the research in the world, but these beginnings are impossible to predict. Not knowing what to expect, that’s the most frustrating thing in the world to a born-planner. It’s like being forced to hold your breath. And hold. And hold…

Five days following my mom’s first chemo treatment, she got sick. Like, really sick. The hospital asked her to come in after finding two bacterial infections during one of her routine blood tests. They put her in isolation, fearing that she could come in contact with something worse and her compromised immune system would not be able to fight it.

I packed up my work and headed back to Waterloo, setting up shop there for a few days to be close to her. We put on creamy yellow gowns and uncomfortably tight latex gloves just to go into the room. Touching was not allowed.

She was there for almost a week. I watched her struggle with medications, meals and multiple IV fluids. But it was her spirit, torn down by not knowing what to expect each day, that worried me the most.

I read to her from the first few chapters of my new book, hoping to get her mind focused on something else. Fiction has always been my escape. But it was not hers. Though she seemed to enjoy my written words sounded aloud, she mostly wanted to talk. So, we did. Nothing earth-shattering, but it was a human connection that broke up the hours of solitude in a single hospital room where it’s hard not to dwell on the scary reason for being there. And I like to think that it made the beginning of her journey a little bit easier (though I can ramble quite a bit, so, my apologies, dear Mother).

When she was discharged, she return home in better health. And better spirits. But the battle is far from won.

The next few months will be tough. Yet perhaps not as tough as the start, when we were all trying to grasp at expectations that remained scattered and undefined.

Beginnings are hard. But they also hold promise. It’s a promise though, that requires change, which is something most of us welcome the way we would a porcupine hug. If we can get past that initial starting gate, stay open to what’s coming and connected to the ones who can help us through it, then maybe we can reach out, climb from the trenches, and grasp the greatest gift: hope.

And let me carry the backpack once and a while.