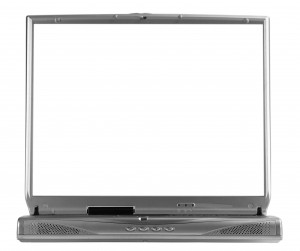 The enemy of any good writer is the blank page. Yes, it holds within it the possibility for greatness—the blog post that could be shared by millions, the research paper that could change the world, the bestselling novel that could redefine a generation. But what glares at you from the empty void is not any of those things. What a writer sees first is the possibility of failure.

Maybe I’m wrong, but that feeling is easily identifiable for all people, across the board. You don’t have to be a writer to recognize that there are situations in your life when you are afraid to begin, afraid to choose, because your choice might be wrong. So you don’t start. You find other things to pass the time. You sharpen pencils. You clean out the cupboard beneath your bathroom sink. You alphabetize your recipe cards. Without someone or something to push you, it’s easy to not try. It’s safe.

But not choosing is also a choice. Like someone said to me this morning, At 10:02 you have decided not to take the ten o’clock train. Regardless of whether you see it as active or not, indecision is a decision.

Sometimes all you need is a prompt. 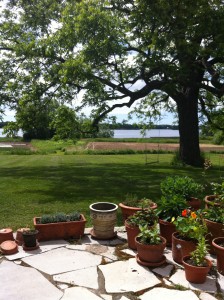 My uncle has a farm out in Prince Edward County, and we had made plans to stay in the guesthouse—a cozy little dwelling in the front of the property, overlooking swaying natural grasses and the woodlands beyond.

I was both excited and nervous at the prospect of getting away to focus on writing. Excited because the weather was supposed to be beautiful and the place we had landed in was the ideal setting for a focus on words, away from the noise and hustle of a busy city filled with summer construction. Also, my uncle is famous for couture cooking, my aunt for her delicious desserts and both for their warm hospitality (all of which were checked off over the course of the weekend—spoiler).

The nerves came from being in a place of in between writing projects. My second novel completed, there were only vague ideas racing around in my head of what to do next (I’m never without some notion of an unfolding story bouncing around my brain). I knew I would be facing that blank page, its starched white demanding, its blinking cursor lulling me into a trance of doubt at my abilities.

After waking up the first morning and enjoying a breakfast in The Big House of homemade granola and bagels, we returned to The Little House and set up separate writing stations. I wrote a blog post (cop out) and Zara worked on her novel. We read our musings out loud to one another and gave feedback. My nerves were down, my excitement building. This was just my slow beginning. 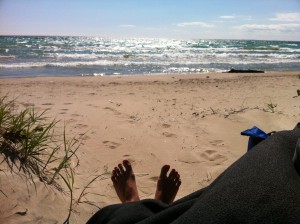 Knowing part of this weekend was also a shot at relaxation, we spent the rest of the day exploring, first in the little town nearby where we traipsed through local shops, looking at old-fashioned, floor-length night gowns and buying ridiculously expensive maple water (supposedly made from tree sap—don’t let the marketing fool you: it may be cholesterol, trans-fat and gluten-free, but it pretty much tastes like water). Then, we hit the beach. To say it was windy is to undermine how cold we got, wrapped in blankets up to our necks and eating maple-smoked cheddar, maple-bacon-flavoured chips and drinking our maple water (when in Ontario…). But we were determined to get some beach time in.

That night, we dined on seared tuna, local asparagus, fresh carrots and summer zinfandel. The wine flowed with the smooth conversation, as we chatted about past family memories and our hopes for the future. Good food and good company sucked out the complexities of life, for a moment, and smacked me with an easy revelation: it’s all very simple.

While the first day was rife with giddy excitement, I was determined that the next day be packed with writing accomplishments.

Anticipating the difficulty in beginning something new, we had come prepared. For Christmas, my editorial intern Naomi Leanage gifted me with a book called 642 Things to Write About, full of prompts to get your writing engine revved. The one I had chosen for the day was “Write a story that begins with the line, It was the first time I killed a man.”

The point was to be put in an uncomfortable place as a writer. To be forced to craft words around a situation you have never been in and probably never will (hopefully), in order to grow. We all learn the most from the difficult moments.

We set the timer for 20 minutes and began typing. When the buzzer went off, we took turns reading what we had. 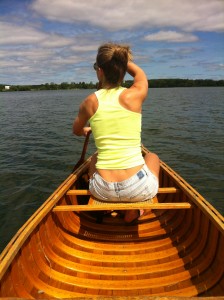 The unfinished segments of stories that will probably never be full were graphic and fragmented and awkward and eerily beautiful in potential. They were also quite creepy, and mine involved some squirrel violence, which I don’t really want to get into.

But, the point is this: they were created in an atmosphere that was removed of the possibility to fail. I mean, as long as there were words on the page, you couldn’t take a wrong direction with a writing experiment. What came out in those 20 minutes just was. Not right. Not wrong. A way to start walking, before the run.

It was the right kind of prompt for me, to see how I could work with words in a new way, moving them around to create a quick snapshot of something larger. The next time we sat down to write, I began with the blank page, but this time I was not afraid. The nerves were fully gone and the excitement had taken over.

Was there still the possibility of failure? Yes. Did I know that the new novel I was starting could go nowhere and any hard work I put in could seem all for nothing? Absolutely. But moving past the misery of the wondering what if from the standpoint of fear, pushes you into the magic of wondering what if from the perspective of infinite possibilities.

Overcoming the fear of falling, of failing, isn’t as hard as we think. Stand on the edge, you let the emotion fill you to the brim and you look down at the world revealed below. If you can’t bring yourself to jump on your own, then set it up to be nudged out. You’ll never fly if you stay rooted to the ground.

I’d like to say that the best moments of my life have come from times when I’ve had the courage to jump. But realistically, that’s not true. What the weekend taught me, among other things, was that I need that push. And that’s okay. Life is the mother bird that will continually present you with situations to kick you out of the comfortable nest. I no longer resent what I know is necessary.

Indeed, it’s all very simple. Push. Fall. Crash. Repeat until the last one changes to fly.

One thought on “One Good Push”