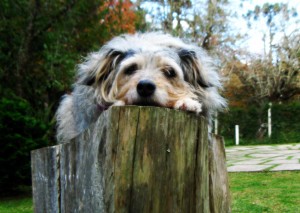 “You will regret this.”

I’ve been told this twice in my life, on very separate occasions. Each time, it stuck with me. Not because those are the moments I look back on and wish I had chosen a different path; completely the opposite.

The first time it happened, I was in the sixth grade. After spending a year in an enrichment program, I made the decisions to go back to my regular school. The teacher saw it as me taking the easy way out. “You’ll regret this,” she growled angrily after calling me to her desk in the middle of class, wanting to “talk” about my choice.

I was twelve. And depressed. The competition in the class was intense. In a game of “Around the World,” one boy got so upset at the other for beating him, he held a mechanical pencil, tip up, on the chair beside him. When the victor sat down, the pencil went through his pants and got lodged in the flesh of his bottom. Like I said, intense.

On top of that craziness, the workload was unbearable, in part because I had become friends with the teacher’s daughter who was in the class. She always seemed to be my partner for assignments and would say things like, “Okay, you write the paper. I’ll type it up.” Her version of contributing to the work was ordering pizza and adding her name in the digital version of my handwritten words.

I started eating less and moving slowly. I got yelled at in gym class for trudging along while the others sprinted across the floor. When my mother found me hidden at the back of her walk-in closet, in tears and terrified of facing the outside world, she gave me an out. Go back to the school you were comfortable in, to the friends you loved. No academic advantage is worth you being this unhappy.

When I heard the bitter “You’ll regret this” grate across my ears, I didn’t feel the shame it was intended to cause me, nor the indecision. It brought me peace. Clarity.

Looking back, I think she was scared she had failed as a teacher, which could not possibly be a good feeling. I wouldn’t wish it on anyone. However, projecting that onto a child in the form of forced guilt? Perhaps she’s found a more suitable profession by now.

The next time I heard that phrase was ten years later, during a breakup. It was a long time coming, but I still felt torn in some ways. I cared for this person, didn’t want to see him hurt. However, our lives were going in very opposite directions. “You’ll regret this,” he said tearfully. The same calm came over me as before. If I had been unsure before, his words pulled all doubt away.

The idea of regret has been on my mind a lot lately. I’ve reflected back on these two moments, when someone else’s notion of the word brought confidence. While I do think both situations were spots where I was making the right decision, I also think a great deal of that confidence came because the words were from an outside source. When they are internal, the effects are quite different.

In doing some reading on the subject, I came across an article in Psychology Today by Melanie Greenberg, Ph.D. that first defines regret (“a negative cognitive/emotional state that involves blaming ourselves for a bad outcome, feeling a sense of loss or sorrow at what might have been or wishing we could undo a previous choice that we made”).

Then, it looks at research about regret in different genders, cultures and time periods. Women tend to have more romantic regrets than men; in a study, 44% of women revealed they had relationship regrets versus 19% of men (which, the article suggests, might be due to the fact that men more quickly replace their lost mate, no longer looking back and reflecting on their past actions).

Also, because our North American culture presents a world of endless choice, there are more opportunities for which to feel regret, when we know there were other possible paths we could have taken. Regret is less rampant in cultures where arranged marriages are common and the family/society has more influence over the direction of someone’s life. The article says that in “collectivist cultures, which deemphasize individual choice, [people] have less of a basis for blaming themselves for negative outcomes. They had no other choice, so they may as well accept the situation and make the best of it.”

I find all of this quite fascinating, but none so much as the talk about the value of regret. There are signs you can post and even buy spouting bold phrases like “NO REGRETS.” It’s seen as a negative thing, something we are better off living without. Just google “no regrets” and you will come up with page upon page of celebrity quotes about how they live a regret-less existence. Do they never make mistakes? Never wish the beautifully composed response that only now came into their heads was there when confronted with false accusations or ridiculous arguments? Must be nice.

Or, maybe not. Without regret, do we miss out on major life lessons? About ourselves, about the world, about our place in the world?

It’s a fickle emotion, but regret is also necessary, in my opinion. It teaches us to reflect, to take stalk of a wrong choice, assess the current damage and then learn how to make healthier decisions in the future. It’s only a negative emotion when we hold onto it, continually creating alternate versions of reality in our heads. “If only I’d done this; If only I hadn’t done that…” Then, Greenberg says, it just becomes “fruitless rumination and self-blame that keeps people from re-engaging with life.”

What Teach and BF forgot, or didn’t know, was that both the value and the detriment of regret come from within. It is self-blame. It cannot be forced upon you by someone else.

Though they have nothing to do with the stories mentioned here, I do have regrets. Some major, some minor. But I have made every effort to find meaning in each one. To rustle up the courage to face the regret, study it, even marinate in its swamps of self-pity for awhile, then climb out, wash off and know that my future path will be just a little more mapped out because I know this terrain of pitfalls.

Perhaps my ex-teacher and ex-boyfriend wanted that “fruitless rumination” for me as a form of punishment for their perceived hurt. Or maybe they thought I would look back and learn something from the situation. If it was the latter, it sort of came true. Not a lesson from self-blame, but from self-trust. They taught me, quite accidentally, that my instincts are sometimes so bang-on, it’s scary. They taught me that stepping away from something that isn’t good anymore isn’t the same as running away. They taught me that in the face of someone telling me I’m wrong, I am capable of finding the voice to say, “I’ve never been more right.”